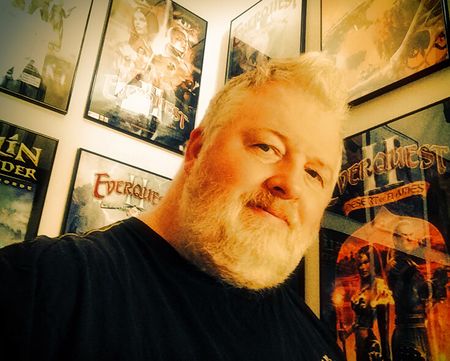 I focus on making cool environment stuff, and I make a lot of cool environment stuff in Ashes of Creation! My goal is usually to give each location something visually interesting, cool silhouettes, something unexpected in the design language, but always trying to strike a balance of having one foot firmly on the ground while the other is always looking for a twist on convention and thinking outside the norm. Mostly I just like to create stuff. My credenda on AoC is simple: Use the great powers of the Game DEV god to make cool “EPIC” environments of ridiculous scale with extraordinary magnitude! That’s my shtick, and it’s worked out pretty well so far. I say “usually”, because I’ve been in the game industry like forever, so my other job here is annoying my younger Intrepid Ilk with an endless stockpile of references to really bad 70s / 80s movies and television, and telling tall stories of game developer past. When not here in the office, I’m usually at home mind-bending the wife and kids or vice versa, playing way too many noodles on an assortment of Fender Stratocasters and/or watching/directing really bad genre films! Pack all that into a panel van and not a bad life this one has!